Experience the cutting-edge robots walking the LIDT Stage at CES Asia. From humainoid to AI, from industrial to health-based, these high-tech robots are the wave of the future. Come see them in action.

Recap Robots on the Runway 2019

Nothing delights an audience more than a runway show. And when the runway show features 15 amazingly cool robots it gets even better.

Robots on the Runway, our stage production at CES Asia is a robot revue intended to showcase modern robots and their myriad abilities.

We featured companion robots, service robots, obstacle climbing robots, kids robots, and self-navigating robots just to name a few. And while robot engineers still have some work to do to make the movements fluid, the characters and voices more differentiated, and the connectivity more dependable it’s nothing less than amazing that we had 15 robots march up and down the runway without turning our stage into battle bots.

Here’s your chance to meet them, up close and personal. 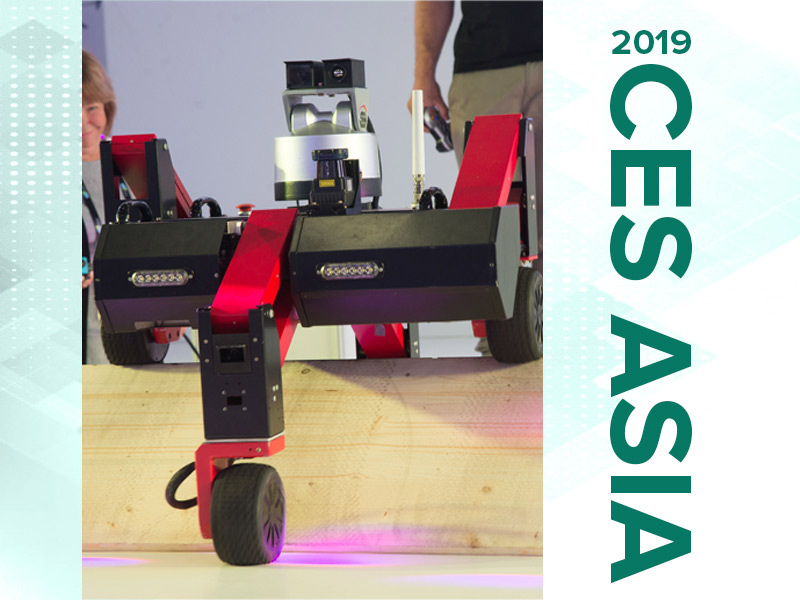 Robots are really good at putting themselves into dangerous situations and gathering information from the scene. ROVeo is one of this year’s CES Innovation award-winners. It’s designed to monitor any kind of environment, no matter how harsh or dangerous. This security robot can patrol an industrial facility or enter a combat or firefighting environment. It can cope with rough terrain, detect all sorts of intrusions, and its sensor can gather information and report on its encounters. ROVeo combines 3D laser scanning, night vision, thermal vision, and acoustic analysis. 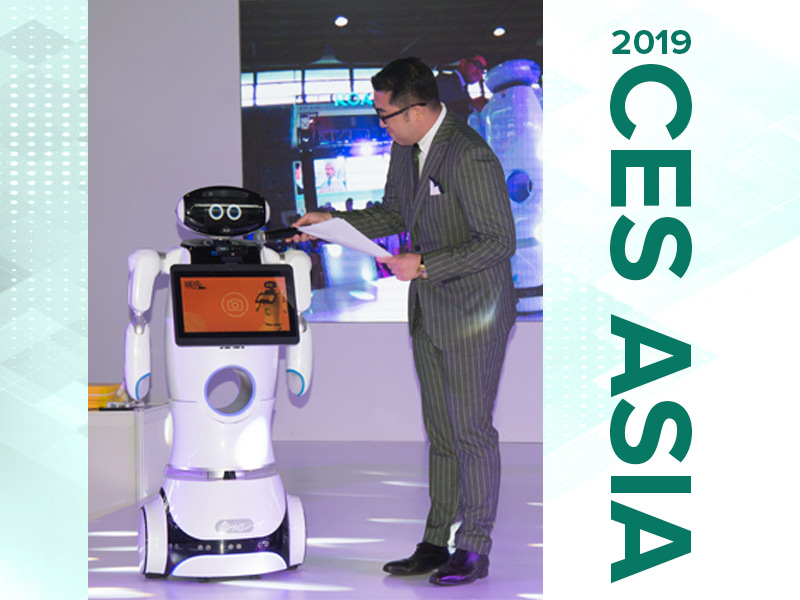 XYZPrinting’s NERA robot is a service robot that is capable of indoor autonomous navigation. It can map and then navigate its way through indoor space. With voice and facial recognition, it’s quite delightful to chat with NERA, whether that’s asking directions at an airport, or asking for help at retail. Its screen allows for telepresence conferencing. Designed to service hotels, hospitals, retailer stores, banks, and airports, it chatted up the audience and snapped their photo. 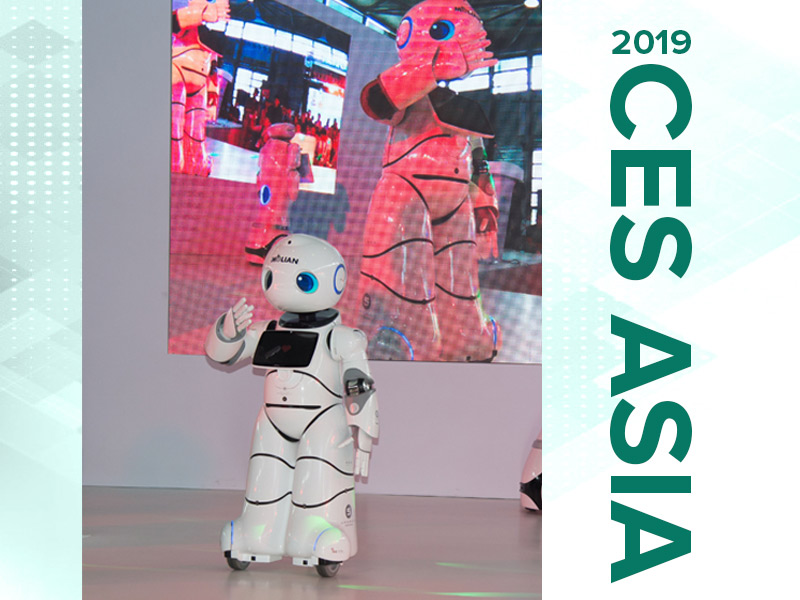 Canbot UU-U05 is perfect for commercial use in hospitality, hotels, stores, banks, schools, and retail as well. It’s 5 basic functions include speech interaction, facial recognition, articulated limbs, obstacle avoidance capabilities and an AI system that can learn about its environment. It can recognize human facial emotions, gestures and language so you really can have a meaningful conversation. Canbot performs a wicked YMCA dance too. 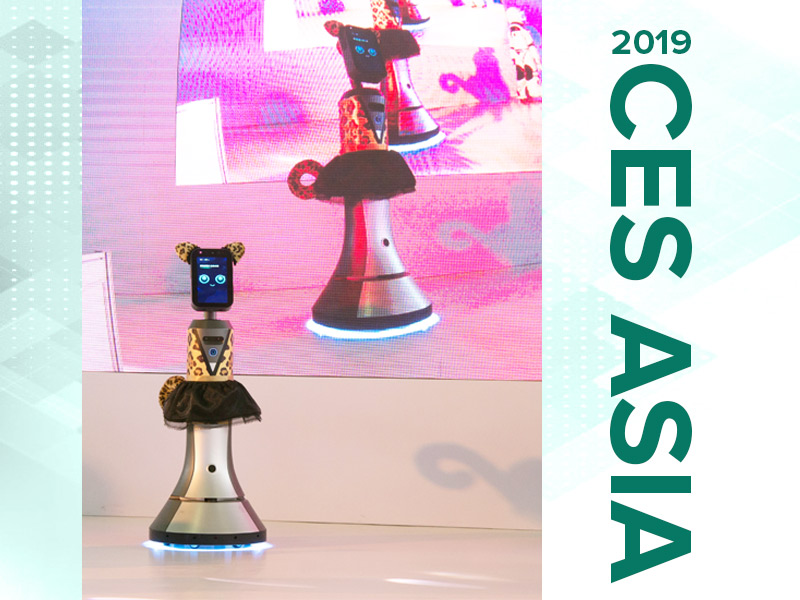 In China, people love to dress up their robots. And so the Orion Star service robot came dressed as a lion, replete with tail. Similar to the others, this robot can be customized to deal with a variety of scenarios. It will serve customers in malls, government centers, libraries and hotels to name a few. With thousands of transactions recorded every day, it relies on self-navigation, voice recognition and remote control. It’s even self-charging, returning to its power source when depleted. According to Orion, the robot is already widely deployed. 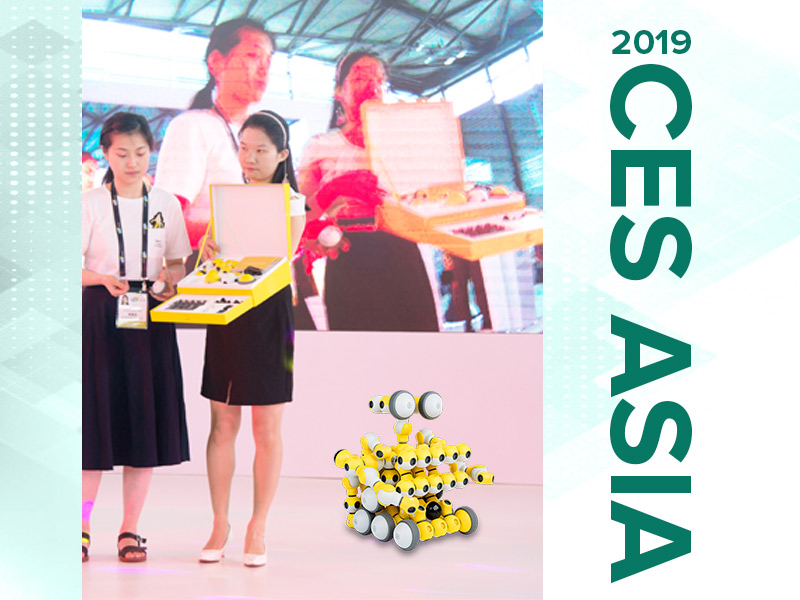 A CES Innovation winner this robot is a STEM education tool that teaches kids about building simple, smart machine. The kit contains ball shaped modules that serve as the brains along with various connectors, There are sensors for motion, cameras, and more components. After plugging the various modules together to build the robot, you can play simple games that are included as part of the kit. Or let your imagination run wild and use the Mabot IDE to create your own games. 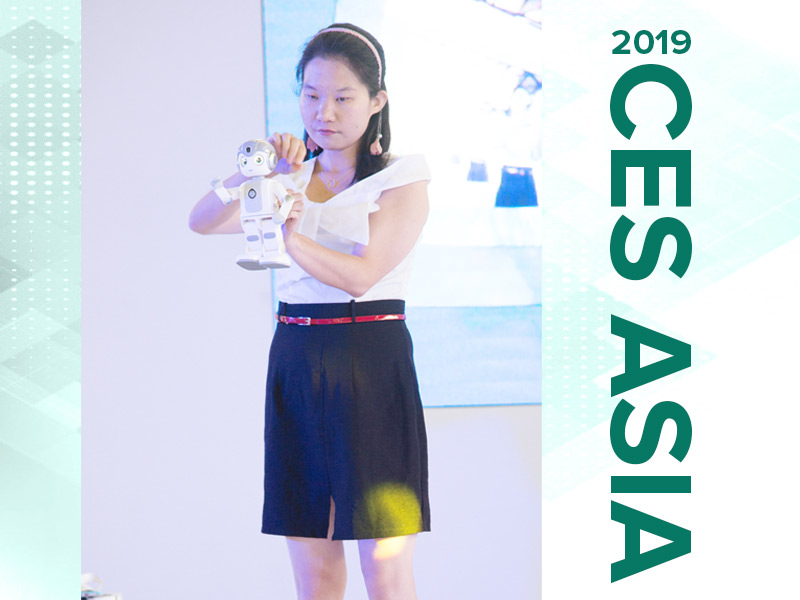 The UB Tech Alpha Mini robot is a little guy but he packs a big punch. He’s got 14 mini servers controlling his body movements, so he’ll kneel, heel and sit. He’ll talk to you, recognize you, dance, tell stories and entertain you. He’s even been featured in one of the Transformers movies. 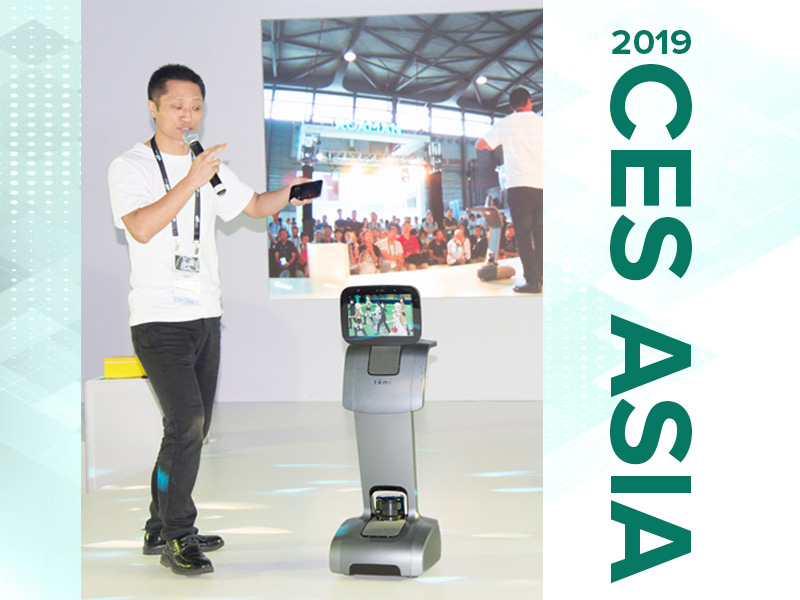 TEMI from Roboteam is one of this year’s CES Innovation Winners and is designed to be a home companion. It learns to follow you around and map out your spaces. Then it will wait patiently for your instructions: to answer your calls, do your online shopping, order dinner, initiate video conferences and monitor the iOT devices in your home. With voice recognition and face recognition and its petite form fact, TEMI is the perfect home companion robot. 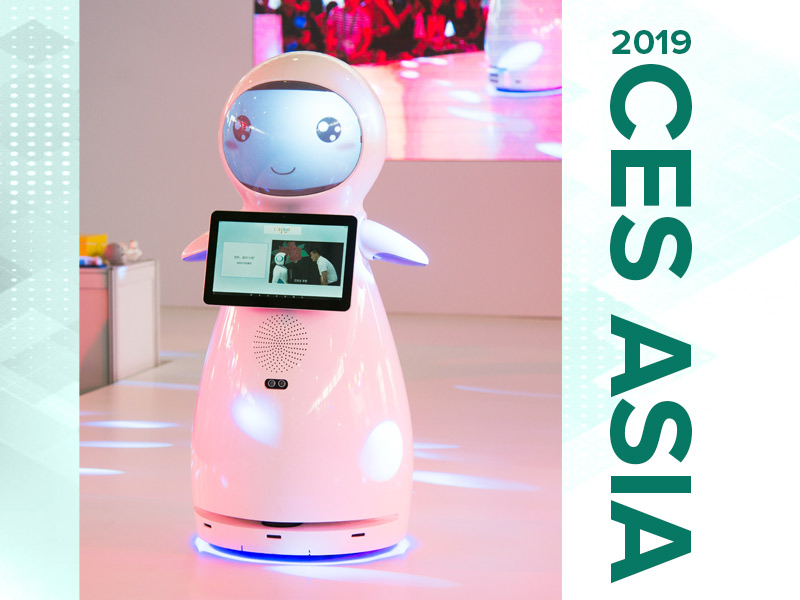 One of our favorite in terms of adorability, is Snow, from Pangolin Robotics. Her body is meant to remember a penguin shape with little flippers and her face is super expressive. She’s used for displaying videos, providing customer service, navigating through indoor spaces, and holding interactive, even proactive dialogues. She receives her smarts from the cloud so she’s constantly being updated and improved. 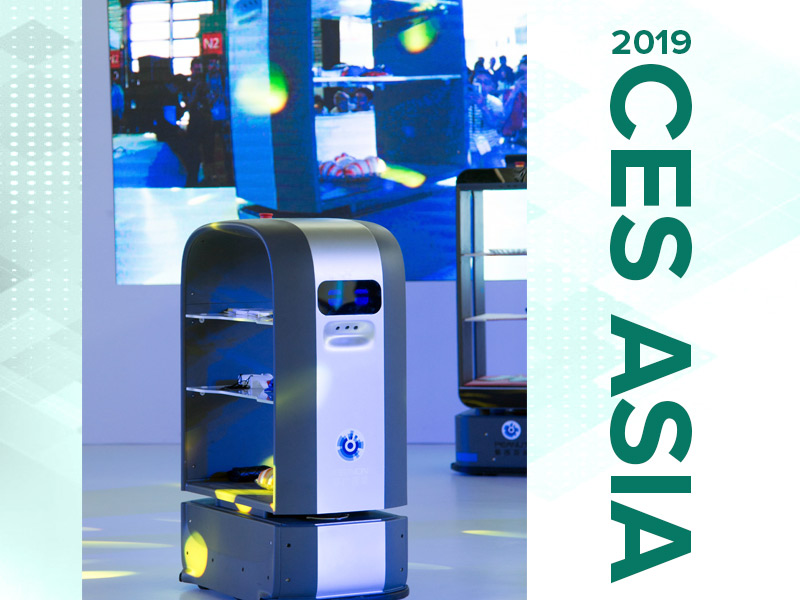 Keenon’s Robot focuses on indoor distribution with its new robot.  It’s got motion sensing and memorized indoor routes, plus it uses AI and vision tech.  This combo provides a great solution for delivering room service, restaurants or in hospital delivery settings. 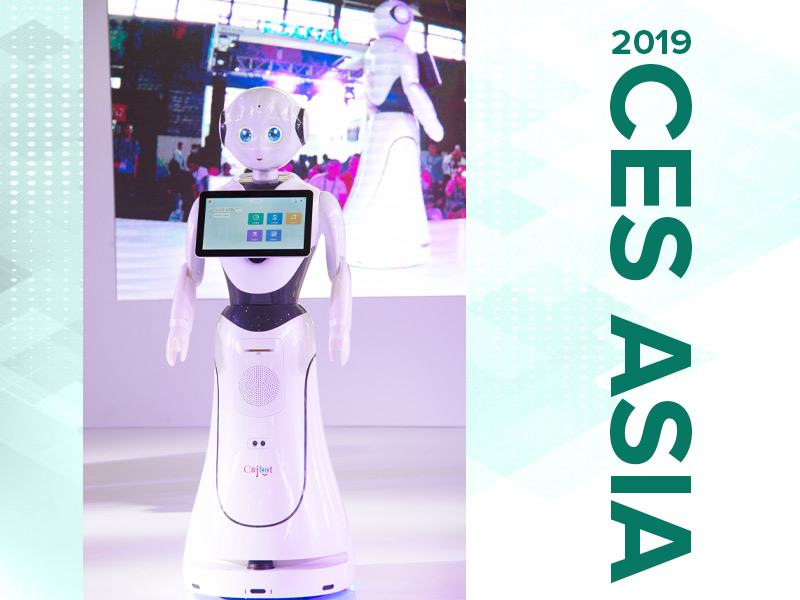 Alice, a close relation to Snow, is a little taller and much more feminine in her demeanor. She uses open source technology so is extensible by third-party applications. Her creators, Pangolin Robotics feels she offers a price/performance trade-off and sees her being fit for all reception type of activities. 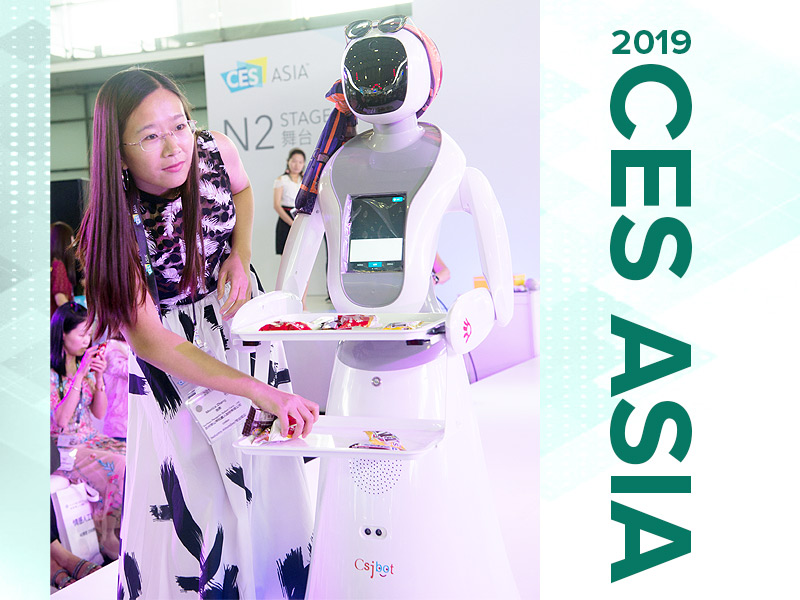 Amy, another robot from Pangolin Systems is all about the delivery.  She can speak 10 languages and is perfect for the hospitality.

Gallery Robots on the Runway 2019 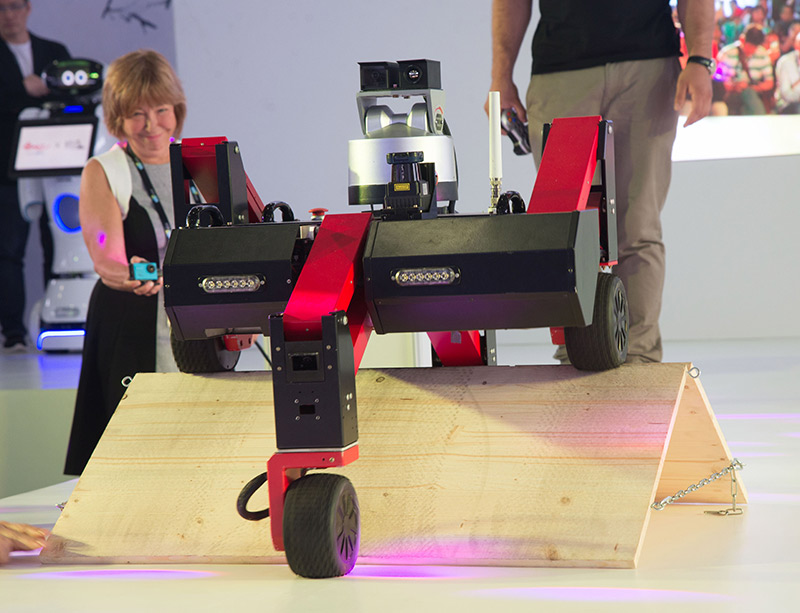 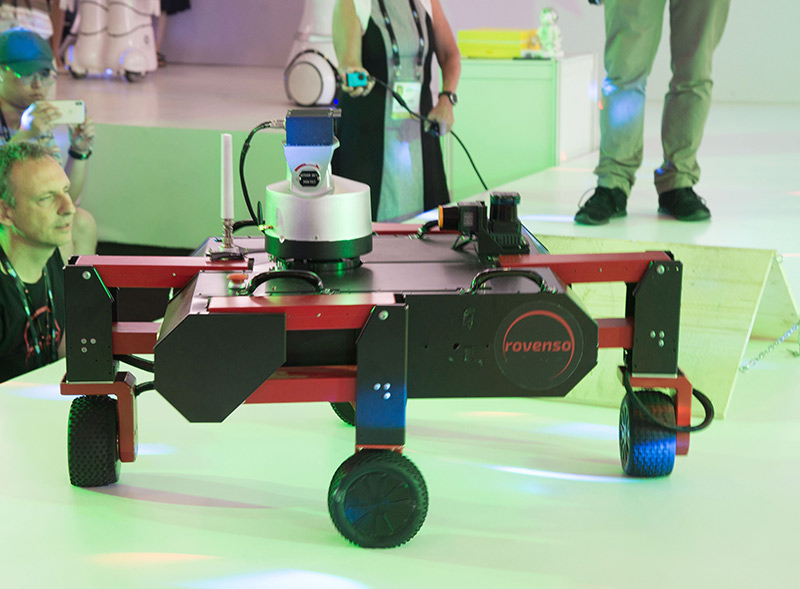 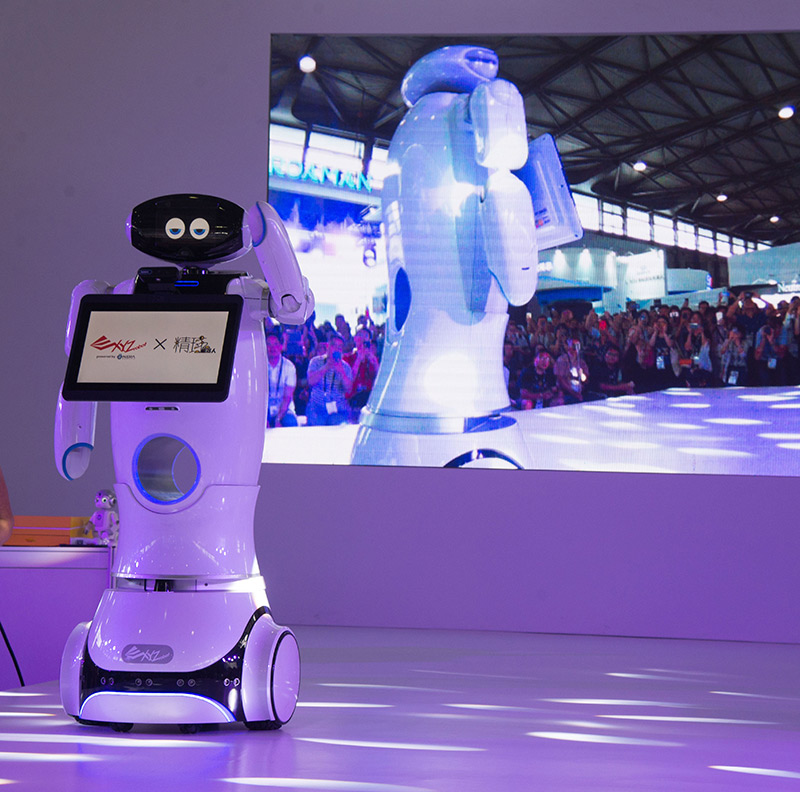 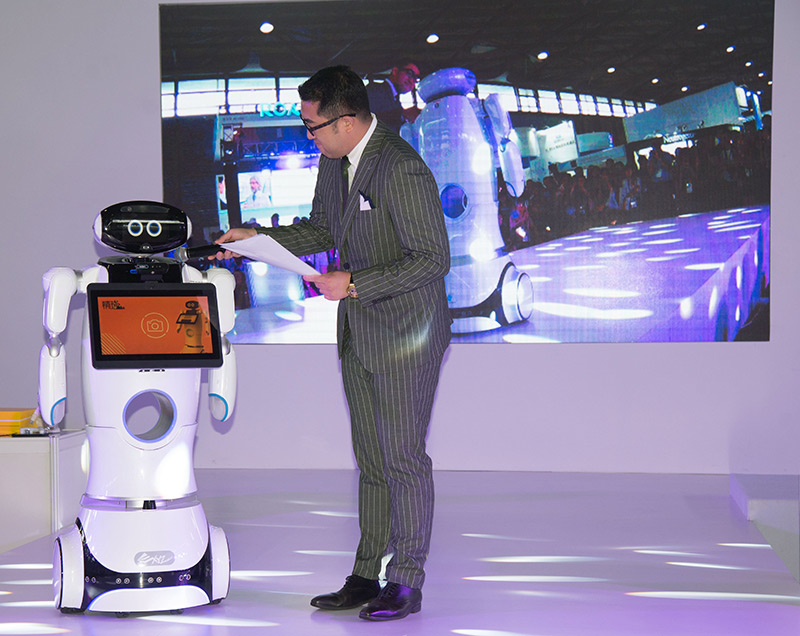 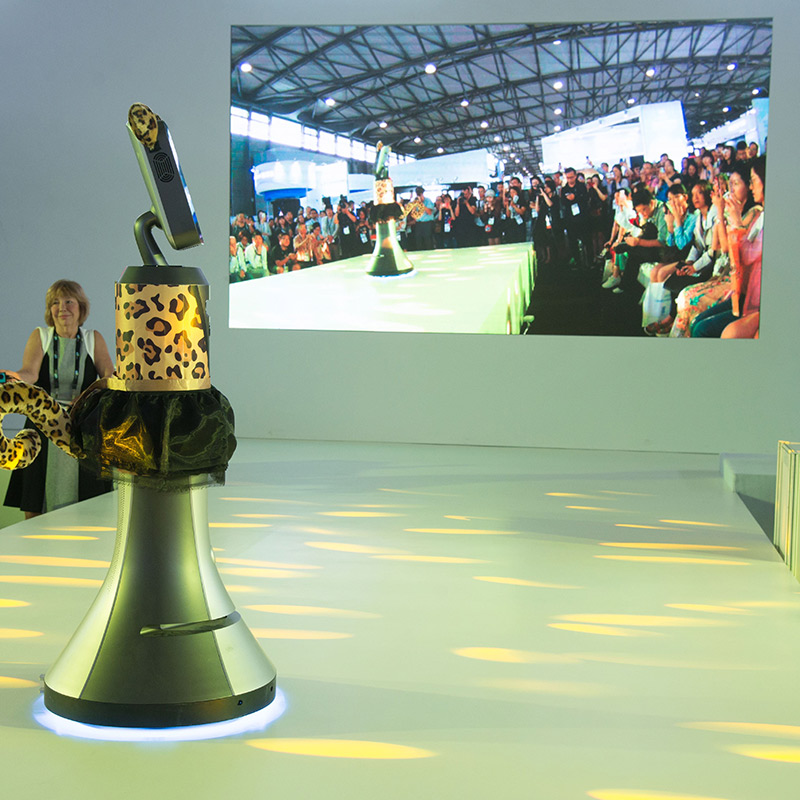 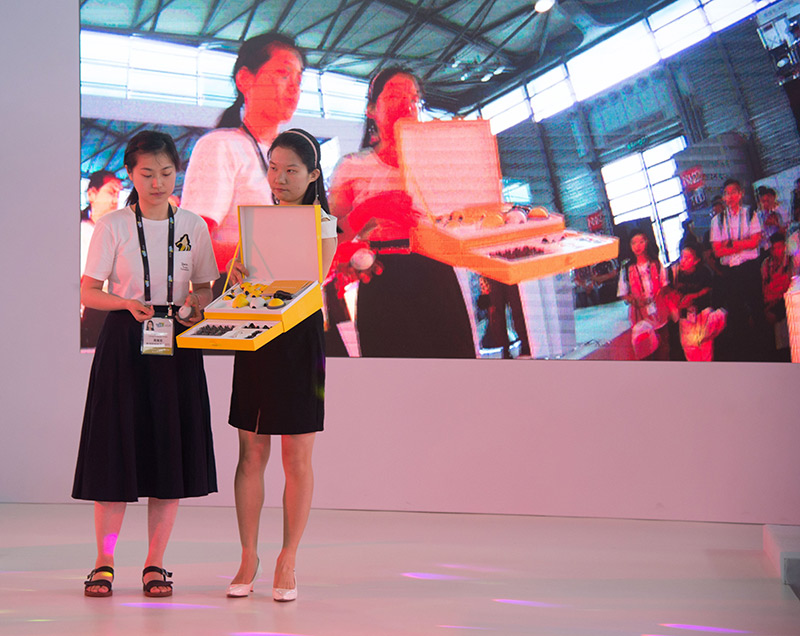 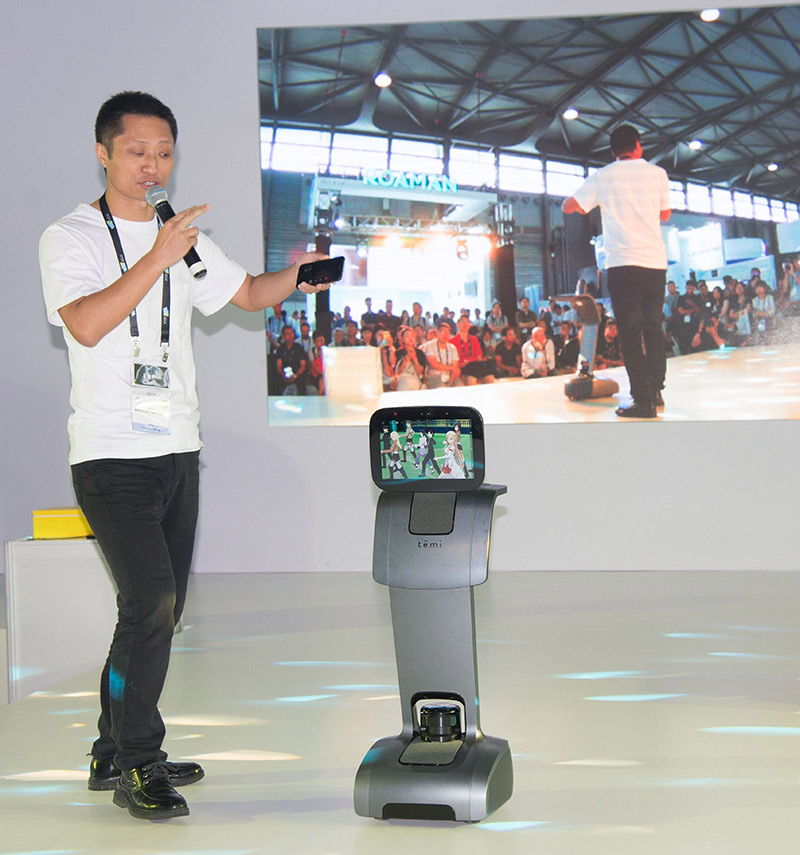 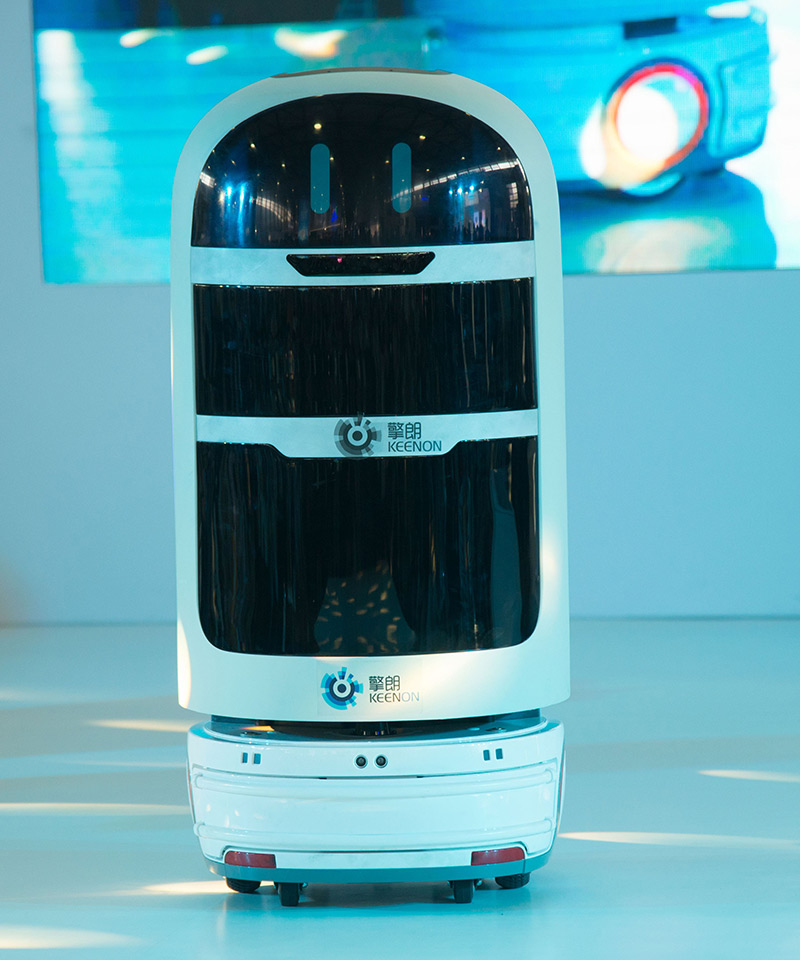 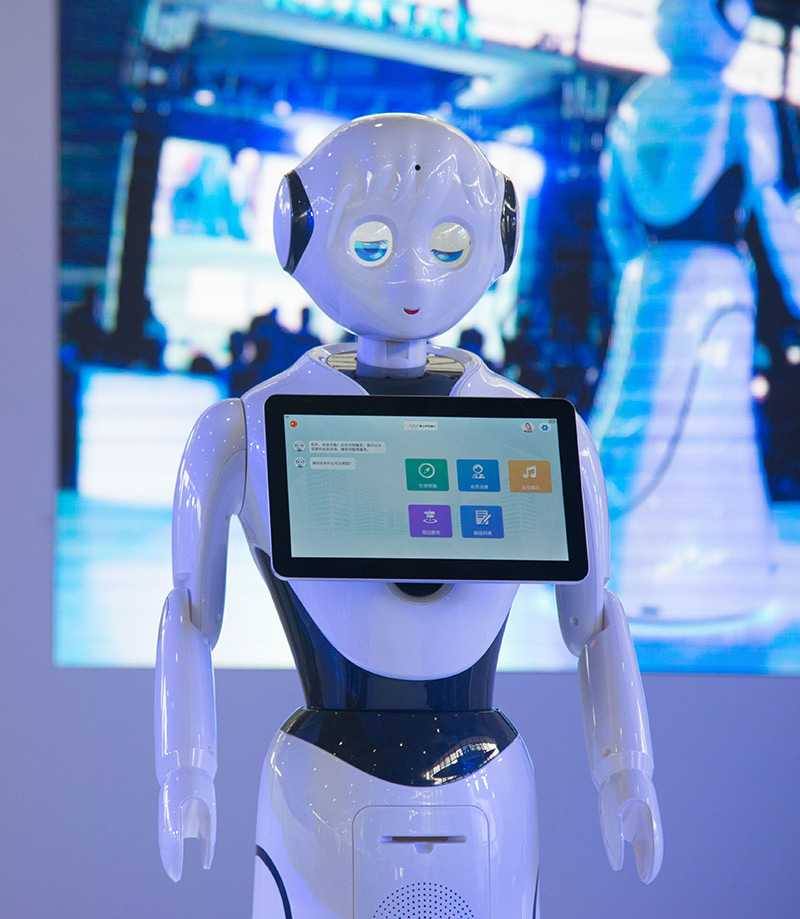 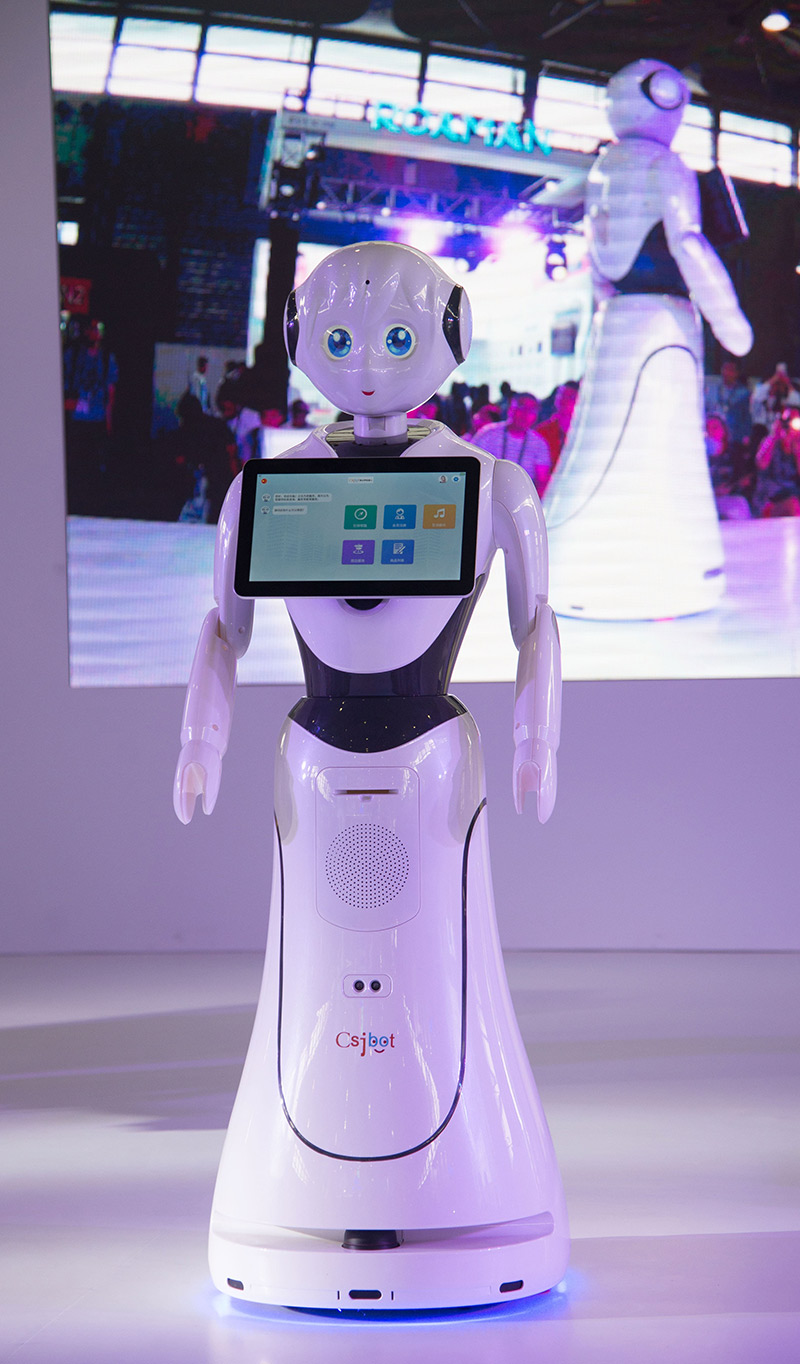 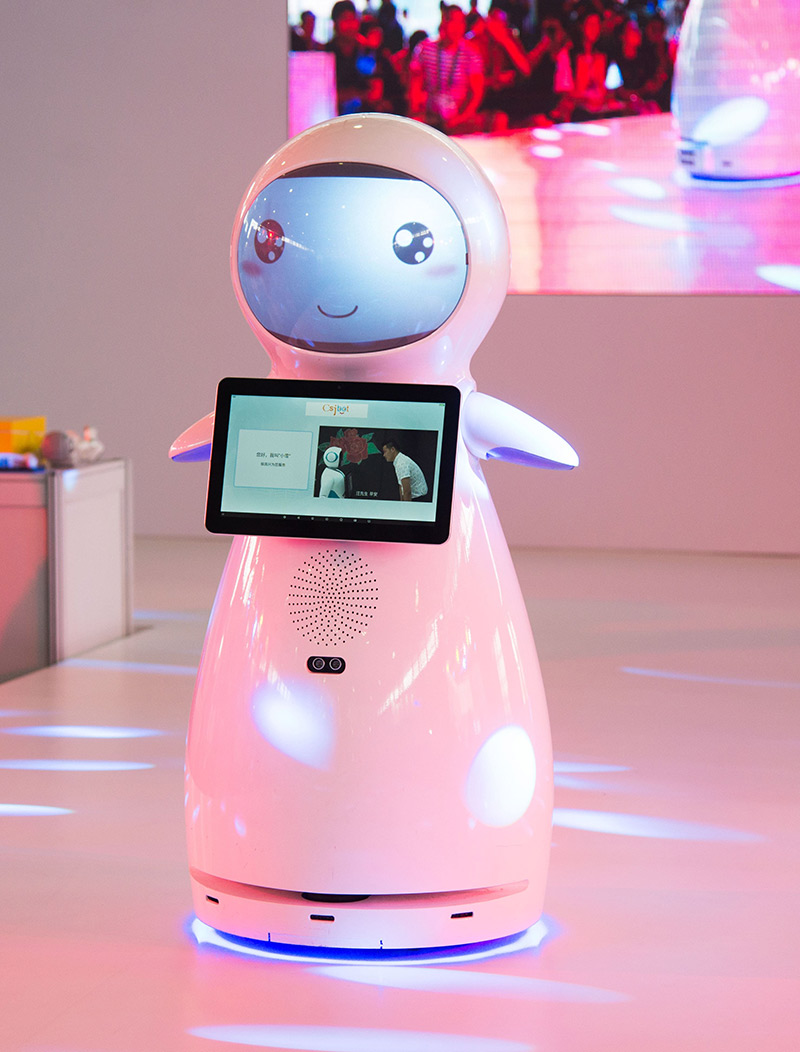 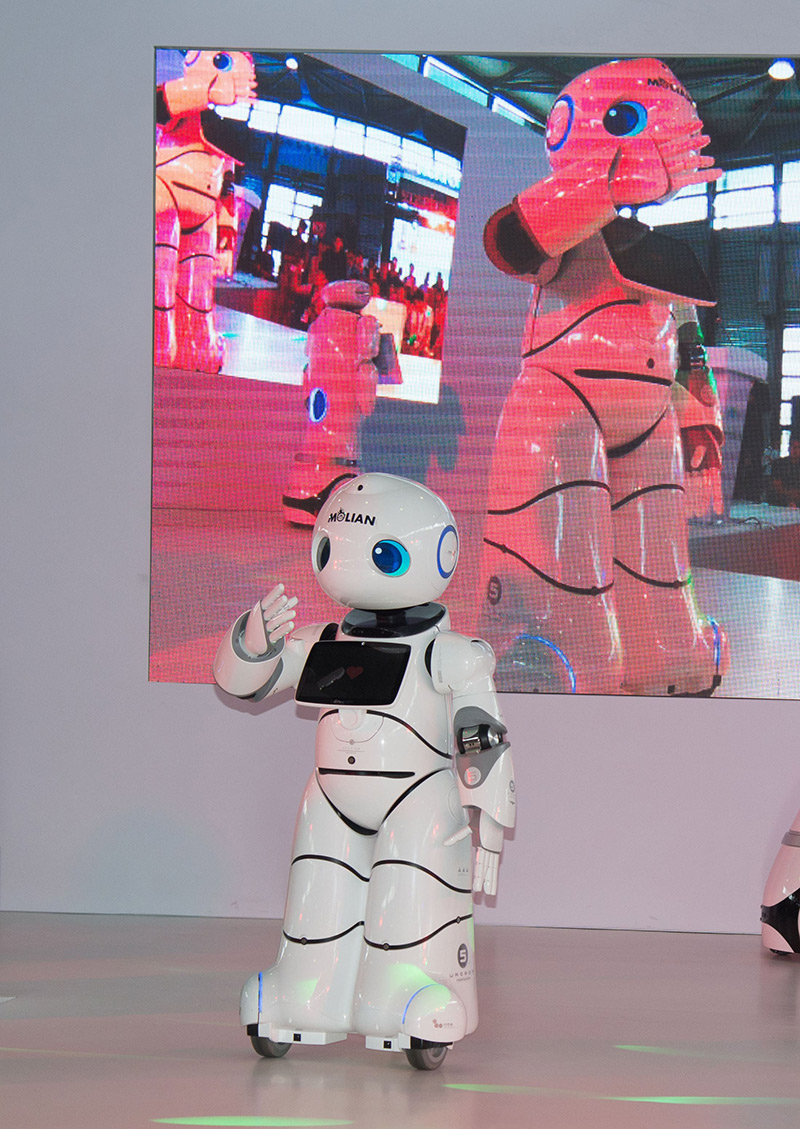 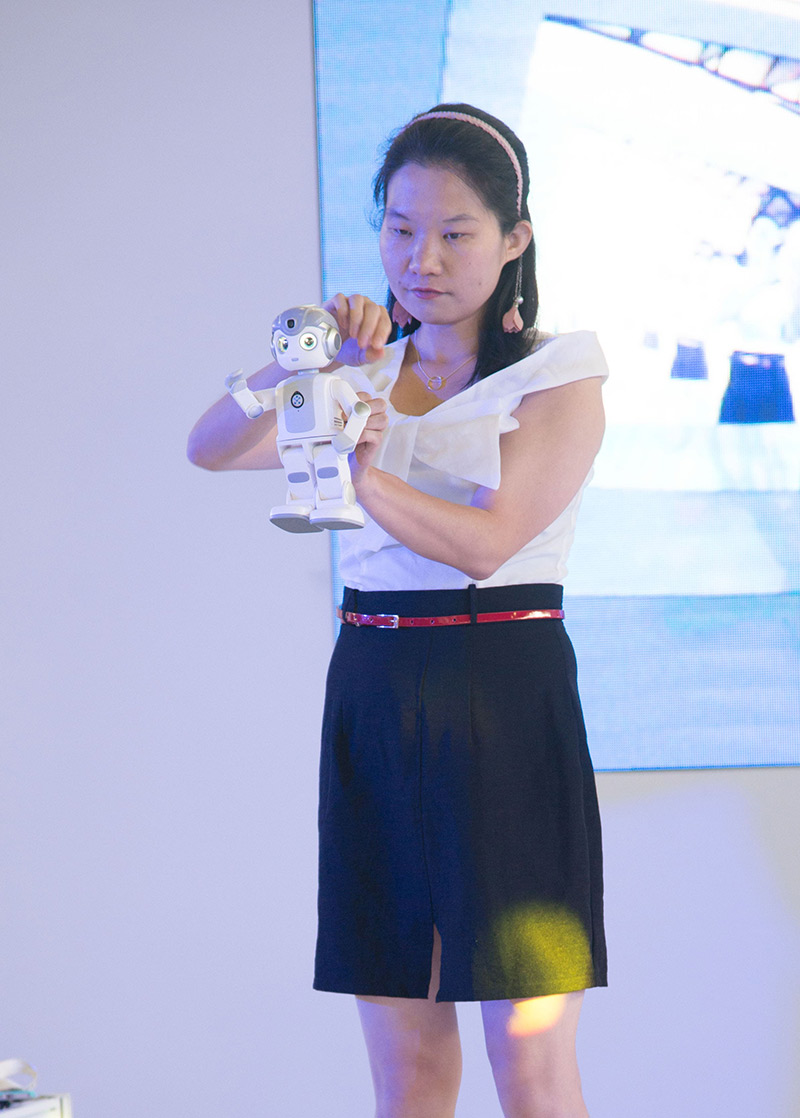 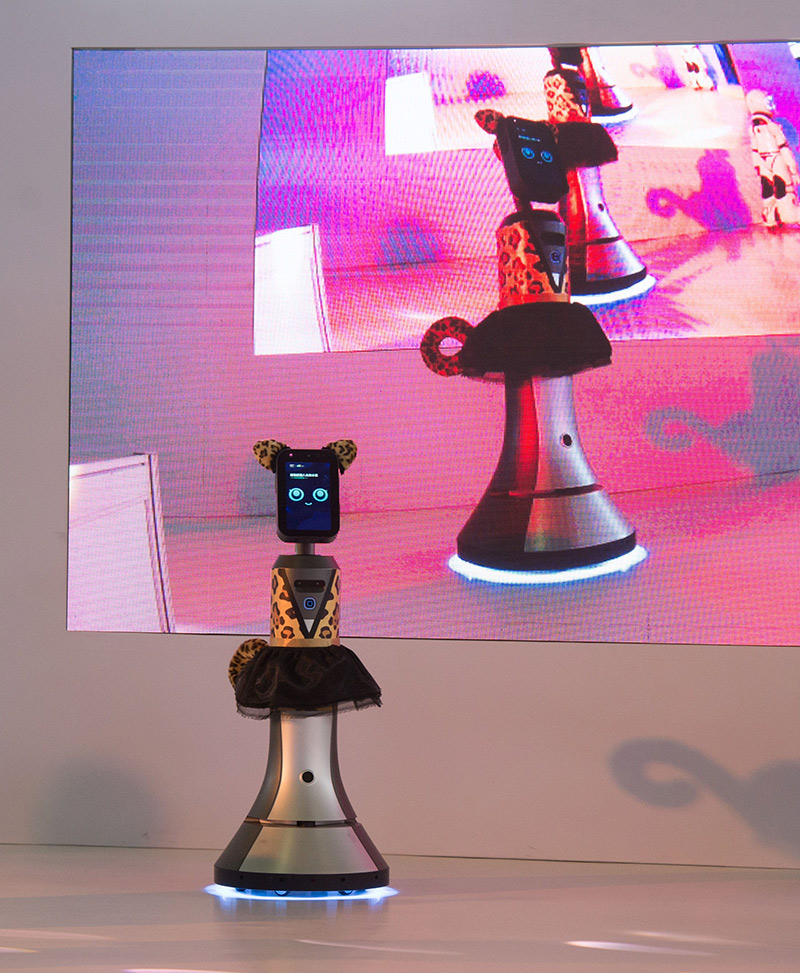 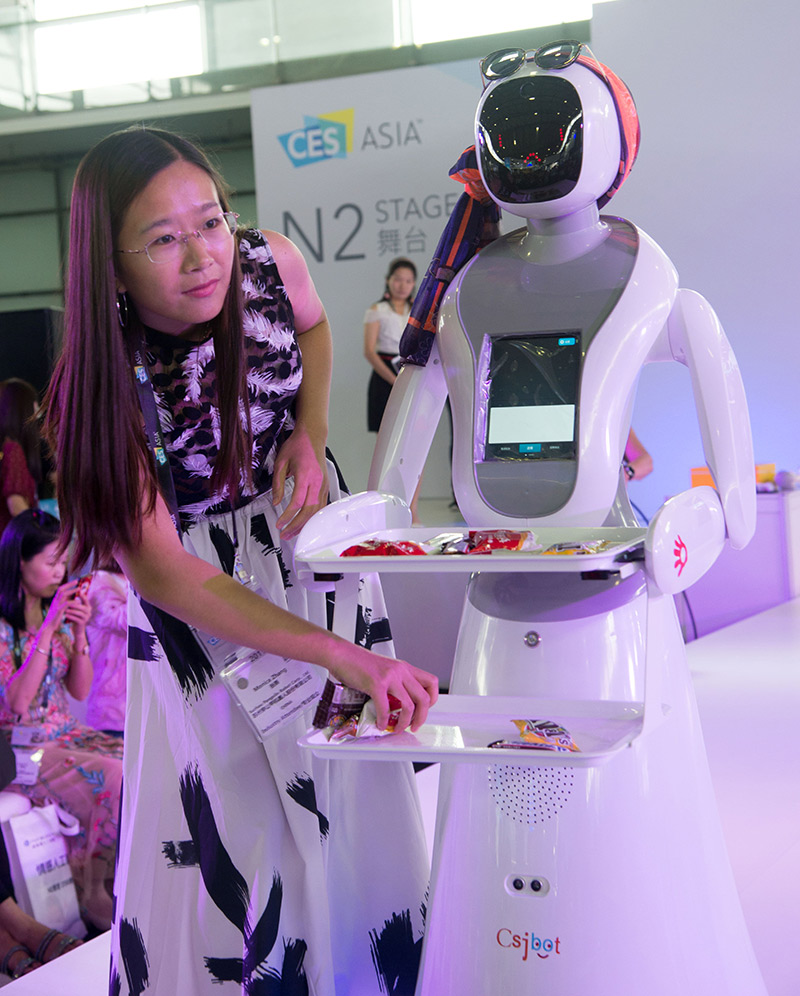 Check out the News Coverage from 2019 CES Asia